This is a single blog caption

The Central Bank of Nigeria (“CBN”) recently released a “Revised Edition” of its Foreign Exchange Manual (“revised FX manual”). The CBN has powers – pursuant to section 1(2) of the Foreign Exchange (Monitoring & Miscellaneous Provisions) Act, 1999 [Cap. F34, Laws of the Federation of Nigeria 2004] (“Forex Act”) – to issue from time to time, subject to the approval of the Minister of Finance, guidelines to regulate transactions in, and operations of, the Nigerian Foreign Exchange Market.

According to a Circular dated July 26, 2018, issued by the Trade and Exchange Department, CBN, and referenced: TED/FEM/FPC/GEN/01/004, the revised FX manual has, with effect from August 1, 2018, repealed and replaced the Foreign Exchange Manual 2006 (“old FX manual”).

This article highlights some of the notable changes which the revised FX manual introduced to the regulation and processing of FX transactions in Nigeria.

The revised FX Manual comprises several changes; some of which are general (rather than specific in nature). These include (i) the mode and form of certain required documents (ii) revision of offences and sanctions; and (iii) inclusion of two new schedules; the details of which are outlined below.

Some of the general changes introduced in the revised FX manual reflect the technological, innovative, administrative and policy measures which the CBN has taken, in recent times, to align transactions in the FX market with the overall goal of the extant Monetary, Credit, Foreign Trade and Exchange Policy Guidelines in the country.

In line with the CBN’s current FX rate liberalization policy, the revised FX manual defines Exchange Rate as “the prevailing market rate as published daily by the CBN” whereas there was no specific description of what comprised the “exchange rate” under the old FX manual.

Unlike the old FX manual, two Schedules (“A” and “B”) containing respectively a list of “Export Goods Exempt from Inspection” and a list of “Prohibited Exports”, are annexed to the revised FX manual.

The new Schedule B of the revised FX manual prohibits the following goods from exports: 1) Raw hides and skin; 2) Timber (rough and sawn); 3) Scrap metals; and 4) Unprocessed rubber latex and rubber lumps

Foreign Exchange Forms: Requirement for Declaration of Import and Export of FX:

Under the old FX manual, “Form TM” was used for declaration of import into Nigeria and “Form TE” for declaration of export from Nigeria, of foreign currency and financial instruments above US$5,000 or its equivalent, precious stones, jewelry and works of art (including antiquities).

The new limit for which declaration is required on both “Form TE” and “Form TM” is US$10,000 pursuant to the revised FX manual.

Foreign currency, either in cash or any other instruments, was, under the old FX manual, allowed to be imported into Nigeria without declaration; provided the amount did not exceed US$5,000 or its equivalent in other foreign currencies. Any amount above this limit was to be declared at the point of entry. This limit has been increased to US$10,000 in the revised FX manual.

Similarly, export of foreign currency from Nigeria was allowed without declaration subject to a limit of US$5,000. Export of any amount in excess of this was subject to declaration at the point of exit together with evidence of transaction/procurement through an Authorized Dealer. The limit above which declaration is now required at the point of exit has been increased to US$10,000 but not more than US$50,000 or its equivalent in other foreign currencies.

For Nigerian currency notes/coins, a traveler exiting Nigeria or arriving in Nigeria was allowed to carry currency notes and coins not exceeding Ten Thousand Naira (N10,000) without declaration under the old FX manual. Any amount in excess of this limit was subject to declaration and prior approval of the CBN. The revised FX manual has modified this requirement by raising the applicable limit to One Hundred Thousand Naira (N100,000). 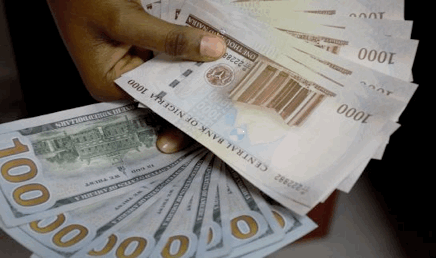 The limits for Personal Travel Allowance (“PTA”) and Business Travel Allowance (“BTA”) were respectively US$4,000 and US$5,000 per quarter, under the old FX manual. The revised FX manual retains the limits for both PTA and BTA but specifically defines a “quarter” to mean: January to March; April to June; July to September; and October to December.

Whilst age limit for purchase of PTA was not provided in the old FX manual, only persons 18 years and above are now qualified to purchase PTA under the revised FX manual. In the same vein, the old FX manual contained no provisions as to whether a person entitled to BTA was also eligible for PTA or vice versa while on the same trip. Under the revised FX manual, travelers who are entitled to BTA are disqualified from eligibility for PTA or vice versa in respect of the same trip.

Notably, the timeline for licensed Hotels to submit monthly returns to the CBN on total purchases and sales of foreign currency (including “nil” returns where applicable), was “not later than ten days after the end of each month” under the old FX manual. This timeline has now changed. Henceforth, licensed Hotels are to render returns to CBN not later than five days after the end of each month.

This publication is an abridged version of the authors’ article on the subject.

The Grey Matter Concept is an initiative of the law firm, Banwo & Ighodalo

DISCLAIMER: This article is only intended to provide general information on the subject matter and does not by itself create a client/attorney relationship between readers and our Law Firm. Specialist legal advice should be sought about the readers’ specific circumstances when they arise.

Our law firm was registered in October, 2015 as a firm of Solicitors to provide exquisite first class legal services to its teeming clients. It is ably led by Oluwafunmilola I. Salami Esq.